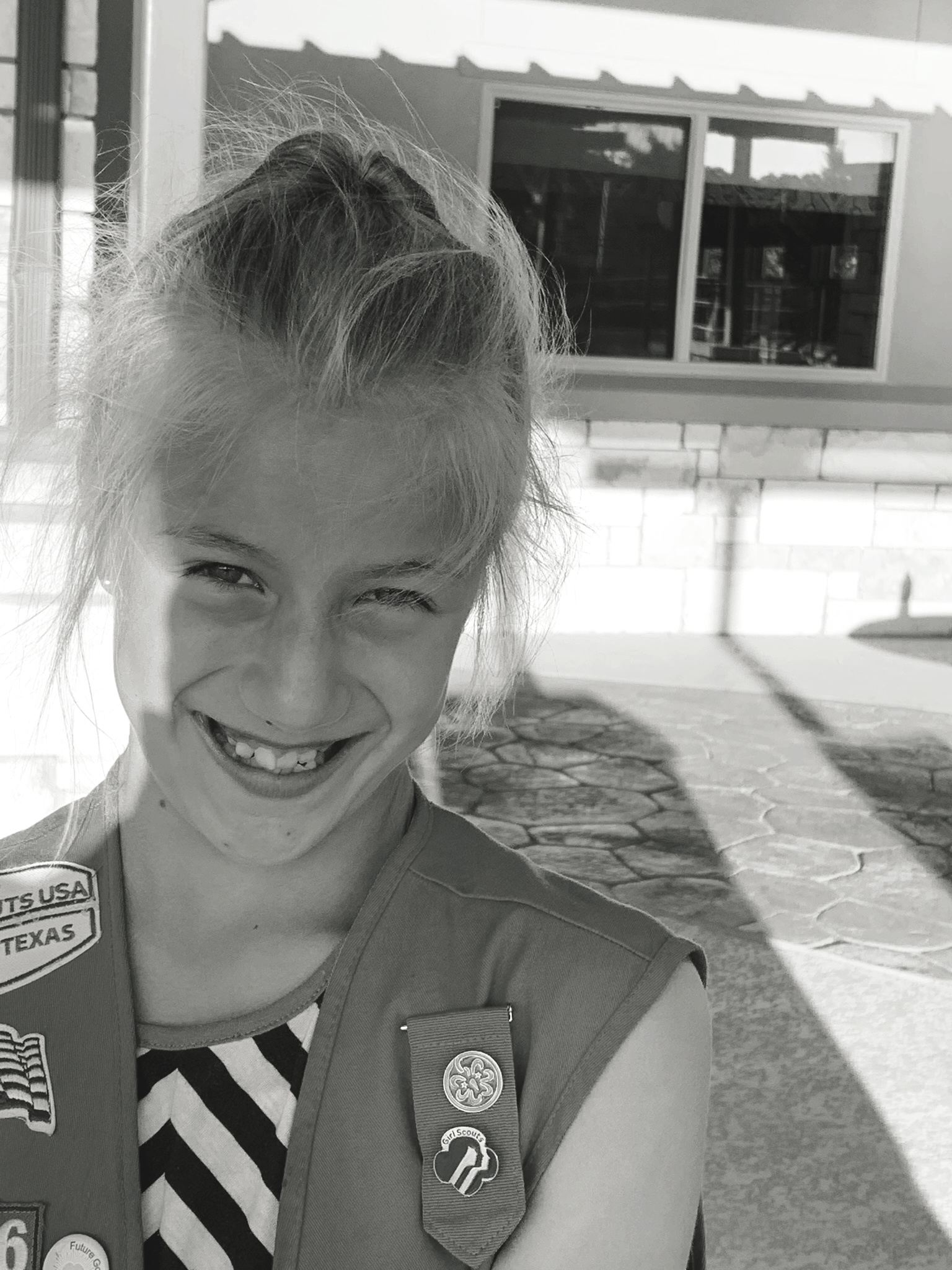 “Paint a rock, say something kind, and when someone is sad or depressed, they look down, see a kindness rock, take it with them, place it somewhere else, and then lots of people will get them and they’ll end up scattered.”

Courtney C. is entering middle school, and just completed a project for her Bronze Award from Girl Scouts…without a troop, but with lots of help from the community.

Courtney’s project: Kindness Rocks, round little rocks, hand painted with positive messages, meant to brighten the day of a stranger. A cute idea, multiplied by 100 rocks. It was a big undertaking, but Courtney, a Leander resident for 6 years, knew where to find help.

Courtney packed her rocks and paints, and showed up at the Old Town Street Festival. She was allowed to use a booth that had been vacated by a vendor avoiding the impending storm. She set up her rocks and began to ask strangers to help spread positivity. It worked. In Leander, nobody balked at the idea of painting little rocks with a happy message. Courtney found overwhelming support.

She doesn’t have a favorite rock, says she really liked all of them: the rainbows, and the messages of “bee kind” (with a little painted bee, of course). She’s placed all of them at Devine Lake Park. When asked about her favorite memory of the project, she says “people being happy making the rocks”.

She hopes the rocks will travel, maybe to Florida, or Mexico, or China. “What if somebody is visiting Texas, and they find a rock and take it with them?”

Courtney of course, is more than just Kindness Rocks. She’s served as a mentor to pre-schoolers at her elementary. She’s defended her little brother from bullies. And recently, she found some Girl Scout infamy when she traveled to San Francisco to take part in a bridging ceremony across the Golden Gate Bridge. The other Scouts wanted to meet the girl from Texas.

When she grows up, Courtney says she wants to be an artist. She enjoys all kinds of art and wants to be a painter, musician, and actor. In her free time, she says she’ll work at Subway, making her favorite sandwich: Turkey on Italian bread.

Courtney embodies so much of Leander: she cares about her entire community, even the people she doesn’t know. She’s friendly and helpful, considerate and caring, and making her world a better place.